This and That - Norma Cole 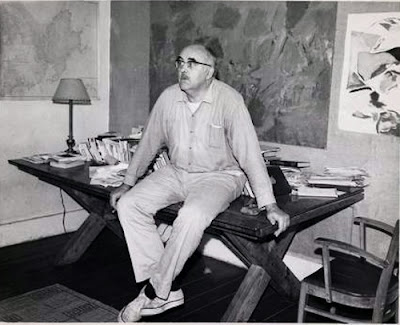 "... I think to myself again that I would like someday to read this memoir. Maybe in the summer—still thinking of summertime as 'halcyon' days. I look up 'halcyon' just to see if it’s still there. The Merriam-Webster Dictionary tells me that as a noun, it’s a kingfisher (now I need to reread [Charles] Olson’s 'Kingfishers,' What does not change / is the will to change); and as an adjective it’s calm, peaceful, happy & golden. Ah. But a kingfisher. It is actually 'a bird identified with the kingfisher and held in ancient legend to nest at sea about the time of the winter solstice and to calm the waves during incubation.'"
Poetry Foundation
Poetry Foundation: "The Kingfishers" By Charles Olson