Don DeLillo: The Word, The Image, and The Gun 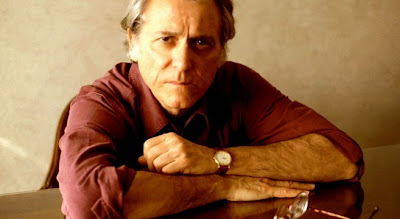 "On September 27, 1991 BBC 1 broadcast a film on Don DeLillo, titled 'Don DeLillo: The Word, The Image, and The Gun' which was directed by Kim Evans. As of October 2013 the film has been put up on YouTube - here's the link. ... DeLillo at 5:20: 'I think it's true that none of my novels could have been written in the world that existed before the assassination. In my fiction there seems to be a sense of danger everywhere, of something unraveling. When Kennedy was shot, something changed for ever in America. Something opened up, a sense of randomness, deep ambiguity, we lost the narrative thread.'"
Perival
YouTube: Don DeLillo Documentary 50:39