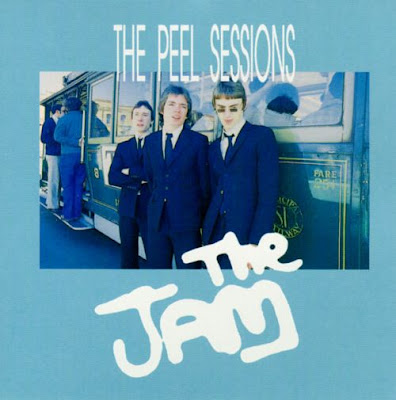 "THE PEEL SESSIONS is an excellent aural snapshot of the seminal first-generation English punk trio. Recorded for the BBC in April of 1977, just after the release of their debut record, this live-in-the-studio recording for legendary UK DJ John Peel's show captures the Jam storming their way through a short set (including three tunes that would show up on their second album) in their best baby-Who style. Very exciting, and incredibly atmospheric--the energy of the era almost seems to function as a fourth band member."
allmusic
YouTube: Peel Session 1977: In The City, Art School, I've Changed My Address, Modern World, Peel Session 1977: All Around The World, London Girl, Bricks And Mortar, Carnaby Street, Peel Session 1979: Thick As Thieves, The Eton Rifles, When You're Young, Saturday's Kids