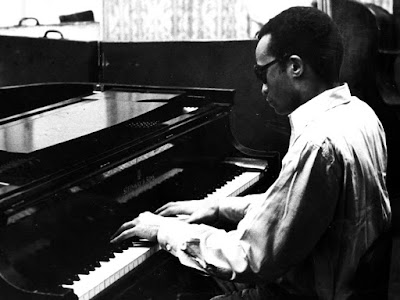 "When the groundbreaking avant-garde jazz pianist and composer Cecil Taylor died last month, there was an outpouring of obituaries and tributes to his genius and influence.  But there was less attention paid to Taylor’s connections to the literary world, and to avant-garde poetry — including his links to New York poets during the 1950s and 1960s — than one might have expected. It’s true that Taylor’s friend and rival, Ornette Coleman — who is often seen, alongside Taylor, as one of the co-founders of free jazz – may have had more extensive contact and social ties than Taylor himself with the poets of the New York School, as I discussed after Coleman died in 2015. But Taylor, who was also a poet, first emerged in the same New York scene, rubbing elbows with poets like Frank O’Hara and Amiri Baraka, and playing some of his earliest gigs at the Five Spot (the legendary jazz club that serves as the site of Frank O’Hara’s famous elegy for Billie Holiday and was a hangout for the downtown, bohemian, literary set).  And he really read (and wrote) the stuff: thanks in part to Baraka, Taylor began to read deeply in the work of poets associated with the 'New American Poetry,' like Charles Olson, Robert Creeley, Robert Duncan, Michael McClure, and Bob Kaufman. ..."
Locus Solus: The New York School of Poets
YouTube: Les grandes répétitions by Cecil Taylor (France) 44:48