A Not So Brief History of Electro 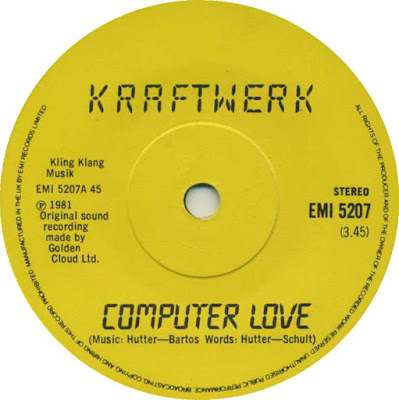 Kraftwerk - Computer Love (1981)
"The genre of electro is as lovable as it is difficult to pin down. The word "electro", sometimes called "electrofunk," describes a wide breadth of electronic music sounds with more or less the same origins. While it took many forms inside the U.S. and eventually internationally, its most steadfast features are groundshaking TR-808 percussion in swift, syncopated patterns and motifs that often invoke technology and ponder the future. By my count, electro first appeared in 1981 and was nothing less than the harbinger of hip-hop and techno, created largely by African-Americans artists and often inspired by European, synth-focused records. It's had a long and fruitful evolution since, seeing occasional resurgences in popularity among DJs and producers while some staunch supporters hold on throughout peaks and valleys. With its recent return to the spotlight on dancefloors and in new release bins, it seems especially worthwhile to examine the history of this portentous genre. ..."
Reverb LP (Video)
Posted by Bill at 1:32 PM