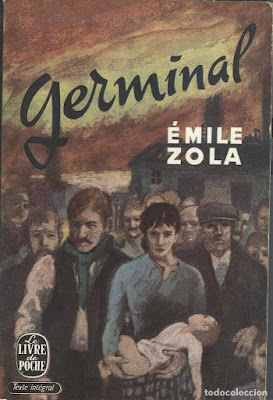 Wikipedia - "Germinal is the thirteenth novel in Émile Zola's twenty-volume series Les Rougon-Macquart. Often considered Zola's masterpiece and one of the most significant novels in the French tradition, the novel – an uncompromisingly harsh and realistic story of a coalminers' strike in northern France in the 1860s – has been published and translated in over one hundred countries and has additionally inspired five film adaptations and two television productions. Germinal was written between April 1884 and January 1885. It was first serialized between November 1884 and February 1885 in the periodical Gil Blas, then in March 1885 published as a book. The title (pronounced [ʒɛʁminal]) refers to the name of a month of the French Republican Calendar, a spring month. Germen is a Latin word which means 'seed'; the novel describes the hope for a better future that seeds amongst the miners. ..."
Wikipedia
Guardian: Rereading Zola's Germinal
Germinal - Émile Zola
amazon 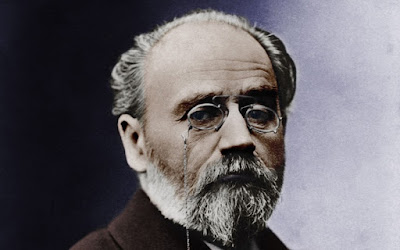