The Specials: 10 of the best 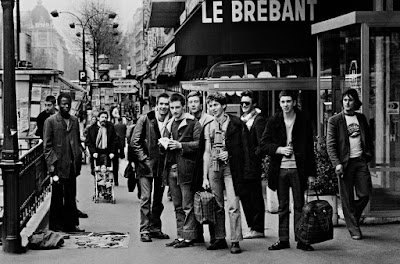 Jerry Dammers with Specials fans in Paris, 1980.
"1 Gangsters. The itchy, restless energy of ska – reggae’s uptight, joyful ancestor – was a perfect complement to the dynamism of punk, as the Automatics discovered in 1977, when they began plying the mixture at pubs and clubs in their hometown of Coventry. But while the group soon cut a demo tape with an eye to getting a record deal, or at least some airtime on the John Peel Show (neither of which happened), it took the intervention of Clash manager Bernie Rhodes to bring Coventry’s finest to the wider world. By the time they appeared as support on the Clash’s On Parole tour in the summer of 1978 – an arrangement aided by singer Neville Staple’s supply of weed to Clash guitarist Mick Jones – the Automatics had renamed themselves the Coventry Automatics and then, finally, the Special AKA, and while their skanks drew more phlegm than applause from the Clash’s pogoing fanbase, they impressed Rhodes enough that he signed them as clients. As part of his plan to whip his new charges into road-ready shape, he shipped them off to France, on a character-building trip beset by disasters. ..."
Guardian (Video)
Guardian - Chalkie Davies’s best photograph: the Specials in Paris