Spain moves to take over Catalonia after region declares independence 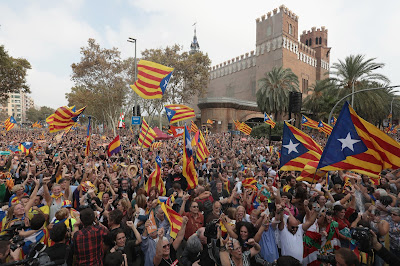 "BARCELONA — The Spanish Senate gave the central government in Madrid unprecedented powers over Catalonia on Friday, just minutes after the breakaway region declared independence, sharply escalating a constitutional crisis in the center of western Europe. The two votes — one for independence, one to restore constitutional rule — came in dueling sessions of parliaments in Barcelona and Madrid. The central government easily won permission to take over control of Catalonia. Meanwhile, secessionists in Catalonia faced bitter recriminations from Catalan foes who called the move for nationhood a coup and a historic blunder, a month after a referendum that backed a split from Spain. Spain quickly began to move against what it views as an insurrection. The constitutional court started proceedings against the Catalan parliament’s declaration of independence. There were also reports that Spanish prosecutors were preparing to file rebellion charges against Catalan President Carles Puigdemont. ..."
Washington Post (Video)
Washington Post - Catalonia’s independence vote: What you need to know (Video)
NY Times - Spain Moves to Take Control of Catalonia After Secession Vote 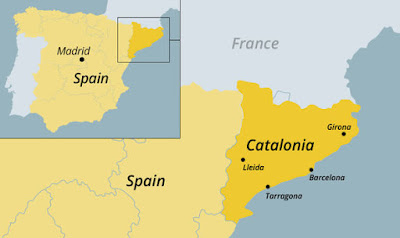