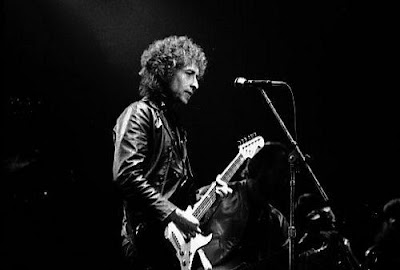 "New video today from the 90's. This is another great compilation from the blog A Thounsand Highways and includes the best of the years 1989 to 1993, with rare performances, studio sessions and more. Also, the first part includes the very rare Bromberg Sessions. Before Good As I Been To You, Bob worked with long-time partner David Bromberg (they first met in 1970 for Self-Portrait) to record a new album. The sessions didn't come to fruition and Bob went on his way. However, thanks to the Bootleg Series Vol.8, we had a preview of how great those sessions were. For now, only three other songs circulate, and they are just perfect. A rare treasure and certainly one of the holy grail of Dylan's career. 1989 to 1993 also offered classic performances, like the 60th anniversary celebration of country legend Willie Nelson, the Supper Club shows in November 1993, and other rare outtakes from Oh Mercy and Under The Red Sky. This is a must-have for any fan of the Bard. Hope you will like it as much as I do. - Sad Eyed Lady Of The Lowlands"
YouTube: The Bromberg Sessions / Series Of Dreams 2:52:38
Posted by Bill at 1:51 PM