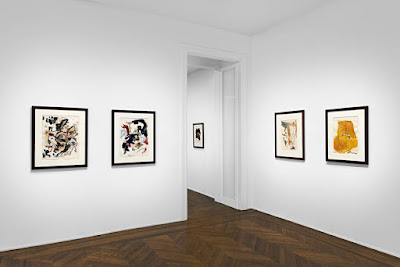 "Objectively critiquing the visual art works of a famous musician (or actor, or novelist, etc.) is no small order. How do you not immediately view the work through the lens of the music that you already know well and potentially love and/or loathe? When the artist in question is none other than Captain Beefheart, aka Don Van Vliet, already iconic for his wildly unpredictable approach to blues and rock n’ roll, that subjectivity gets mired in even more layers of preexisting opinion, and in my case, a deep and long-standing love and appreciation. But in the case of Van Vliet’s paintings and sculptures, an understanding of the man’s music actually helps understand what he was trying to do with visual art. ..."
The Quietus - Look At My Beef Art: Works On Paper By Don Van Vliet
Michael Werner
artnet