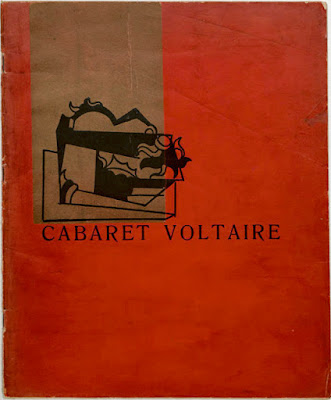 Wikipedia - "Cabaret Voltaire was the name of a nightclub in Zürich, Switzerland. It was founded by Hugo Ball, with his companion Emmy Hennings on February 5, 1916, as a cabaret for artistic and political purposes. Other founding members were Marcel Janco, Richard Huelsenbeck, Tristan Tzara, and Sophie Taeuber-Arp and Jean Arp. Events at the cabaret proved pivotal in the founding of the anarchic art movement known as Dada. Switzerland was a neutral country during World War I and among the many refugees coming to Zürich were artists from all over Europe. ... The cabaret featured spoken word, dance and music. The soirees were often raucous events with artists experimenting with new forms of performance, such as sound poetry and simultaneous poetry. Mirroring the maelstrom of World War I raging around it, the art it exhibited was often chaotic and brutal. ..."
Wikipedia
UbuWeb: Cabaret Voltaire
DADA & Modernist Magazines: Cabaret Voltaire
WSJ - Dada: 100 Years Later
Cabaret Voltaire: the Dada House
Welcome to Cabaret Voltaire, birthplace of Dada.
The Art Story: Hugo Ball
YouTube: WWI, Cabaret Voltaire & the beginnings of Dada, Dada Art Movement History - "Dada on Tour" 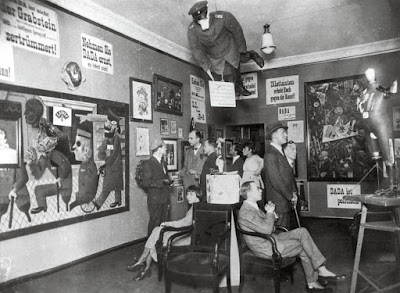