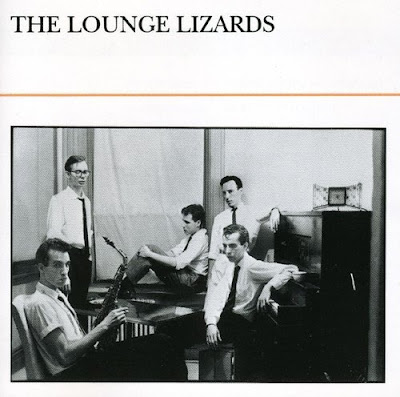 "One might be forgiven for mistaking the Lounge Lizards' debut album for a traditional jazz release at a glance, what with the two Thelonious Monk covers and the participation of producer Teo Macero (who had previously worked with such heavyweights as Miles Davis, Dave Brubeck and Ella Fitzgerald, to name just a few). No, while there's definitely great respect shown here for the jazz tradition, the members are obviously coming at it from different backgrounds -- most especially guitarist Arto Lindsay, whose occasional atonal string scraping owes far more to his experience in New York City's no wave scene than to quote unquote traditional jazz. In fact, the two aforementioned Monk covers seem a strange choice when you actually hear the band, which has more in common with sonic experimentalists like Ornette Coleman or Sun Ra. That's not to say that this is too experimental; saxophonist and lead Lizard John Lurie knows when to blow noise and when to blow melody, and ex-Feelies drummer Anton Fier manages to infuse a good rock feel into the drum parts even when he's playing incredibly complex rhythms. ..."
allmudic
W - Lounge Lizards
YouTube: Lounge Lizards 40:32