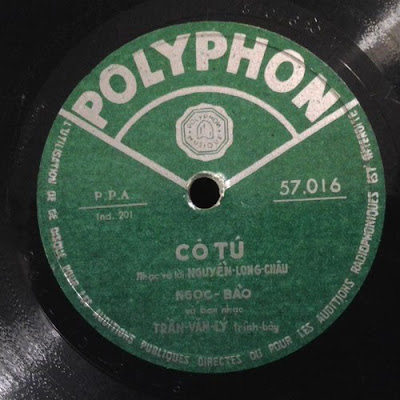 "Finding Vietnamese 78rpm records is not that easy, even though a lot of them were pressed here in France during the colonial period, when Vietnam was still part of French Indochina. This one comes from a lot I bought from another collector in Paris. Thanks to Haji Maji and Excavated Shellac blogs, I was already familiar with some 78rpm recordings of Vietnamese folk music, but it was the first time I heard early popular music from this country. Most of the songs from that lot are based on western instruments, with male and female vocals. To be honest, they sometimes sound a little too sweet for my ears, but this one is really special! I was immediately stunned by the beauty of this voice, accompanied only by a guitar. …"
Ceints de Bakélite (Soundcloud)
Posted by Bill at 1:54 PM