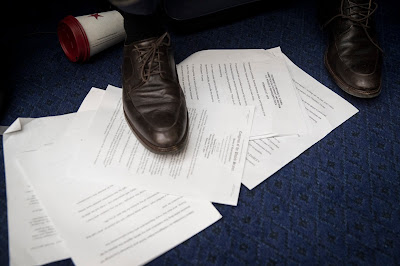 A copy of Mr. Cohen’s testimony on the floor of the hearing room.

"The searing portrait that Michael D. Cohen delivered on Wednesday — of a lying, cheating, racist president who used money and threats to conceal immoral and illegal behavior — will test both parties as they hurtle toward a confrontation over the fate of the presidency. Mr. Cohen, President Trump’s former personal lawyer, ripped away the veneer of loyalty that he had maintained for more than a decade and further imperiled the president by offering an insider account at the heart of the criminal investigations that have consumed Washington for nearly two years. The five-hour hearing offered a glimpse of a confrontational year ahead between Republicans still loyal to Mr. Trump and newly empowered Democrats seeking to investigate and weaken the president by demanding his tax returns and business records, and appearances before Congress by his former advisers and associates. ..."
NY Times (Video)
NY Times: Michael Cohen Accuses Trump of Expansive Pattern of Lies and Criminality (Video)
Guardian: Michael Cohen's explosive allegations suggest danger for Trump on two fronts (Video)
Guardian: Trump-Russia investigation
NY Times: Opinion - ‘He Is a Racist, He Is a Con Man, and He Is a Cheat’
NY Times: Michael D. Cohen’s Congressional Testimony (Video) 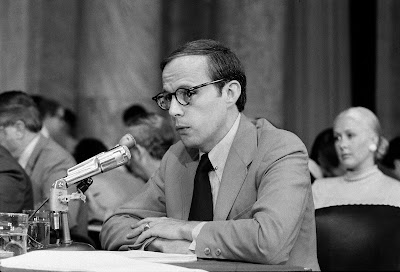 John Dean testifying before the Senate Watergate committee in 1973.
Posted by Bill at 1:56 PM