‘The Hooligans Were the Club’ 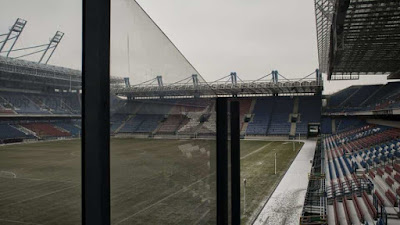 The stadium where Wisla Krakow won eight championships over the past two decades. More recently, the team has been in dire straits and needed one of its former players to rescue it.
"MYSLENICE, Poland — The dark, uneven soil at Wisla Krakow’s training facility in this village 40 minutes south of Poland’s second largest city was frozen solid last month as a few hundred supporters trudged through the snow to greet Jakub Blaszczykowski. Blaszczykowski, a 33-year-old midfielder, has played in some of soccer’s biggest matches, including the 2013 Champions League final as a member of Borussia Dortmund, two European championships, and a World Cup with Poland’s national team. But on this January afternoon, Blaszczykowski was a long way from those moments. Instead, he was about to play his first exhibition game since rejoining Wisla Krakow, one of Poland’s most decorated teams. Wisla is the club Blaszczykowski made his name with, and the team he had promised to someday return to when he signed with Dortmund in 2007. ..."
NY Times
Posted by Bill at 1:29 PM