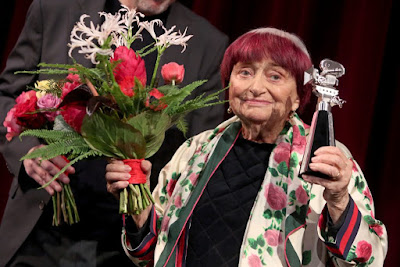 "Agnès Varda, a groundbreaking French filmmaker who was closely associated with the New Wave — although her reimagining of filmmaking conventions actually predated the work of Jean-Luc Godard, François Truffaut and others identified with that movement — died on Friday morning at her home in Paris. She was 90. Her death, from breast cancer, was confirmed by a spokeswoman for her production company, Ciné-Tamaris. In recent years, Ms. Varda had focused her directorial skills on nonfiction work that used her life and career as a foundation for philosophical ruminations and visual playfulness. 'The Gleaners and I,' a 2000 documentary in which she used the themes of collecting, harvesting and recycling to reflect on her own work, is considered by some to be her masterpiece. ..."
NY Times
NPR: Director Agnes Varda, A Giant Of French Cinema, Dies At 90 (Video)
The Atlantic: The Indefatigable Spirit of Agnès Varda
W - Agnès Varda
NY Times - Agnès Varda 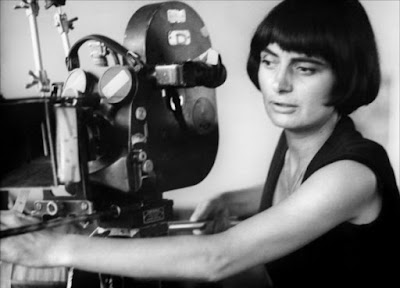