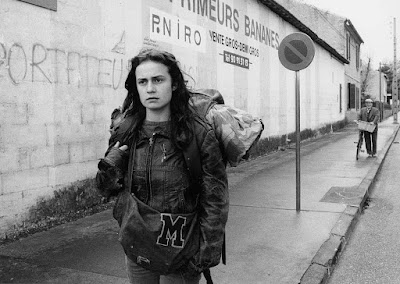 "Unapologetically transgressive, righteously bleak and infused with a uniquely feminist sensibility, Vagabond proved to be one of Agnès Varda’s most essential films, winning the Golden Lion at the 1985 Venice Film Festival and a best actress César for Sandrine Bonnaire. Set against the frigid winter landscape of rural France, it follows Mona, a complex and contradictory drifter, who survives on handouts and ephemeral liaisons with strangers. We begin at the end, with the discovery of her corpse in a ditch. Then, through flashbacks and interviews with people who came into contact with her, Varda’s film attempts to reconstruct the final days of her life. Here are five reasons Vagabond deserves your attention. ..."
Five reasons to watch Vagabond, Agnès Varda’s austerely beautiful masterwork
W - Vagabond
Portrait of a Vagabond: An Appreciation of Agnès Varda
NY Times: Archives | 1985
amazon
DailyMotion: Trailer: Vagabond (Sans Toit ni Loi) 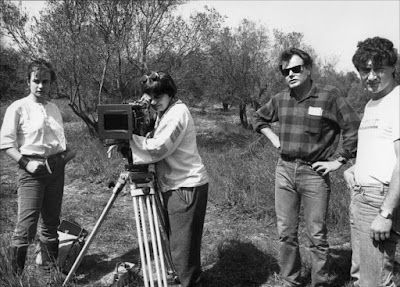