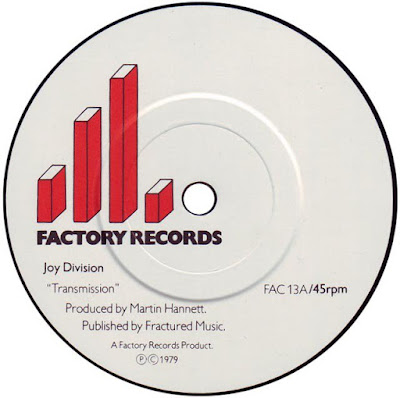 Wikipedia - "'Transmission' is a song by English post-punk band Joy Division. Originally recorded in 1978 for the band's aborted self-titled album, it was later re-recorded the following year at a faster tempo and released by record label Factory as the band's debut single. 'Transmission" was released on 7" vinyl in October 1979 by record label Factory. ... Greil Marcus has a chapter on this song in his book The History of Rock 'n' Roll in Ten Songs. According to Marcus, ' 'Transmission' is not an argument. It's a dramatization of the realization that the act of listening to the radio is a suicidal gesture. It will kill your mind. It will rob your soul.' Marcus also quotes the band's bassist Peter Hook about the importance of this song: 'We were doing a soundcheck at the Mayflower, in May, and we played 'Transmission': people had been moving around, and they all stopped to listen. I realized that was our first great song.' ..."
Wikipedia
Guardian - Ian Curtis: ‘His lyrics were so dark’
YouTube: Transmission, Novelty 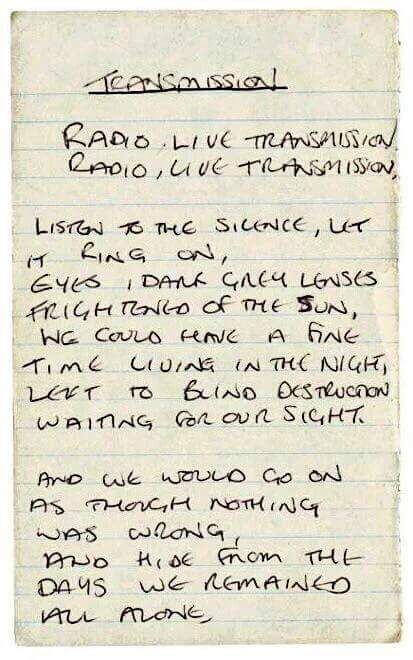