After ISIS, Iraq Is Still Broken 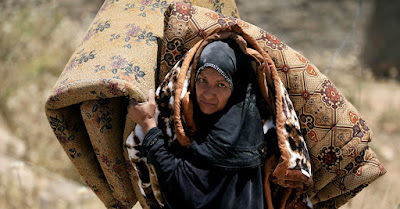 "MOSUL, Iraq—The week before Iraq’s parliamentary elections in May, chunks of black gunk floated through the gutters of Wadi Hajar, a decimated neighborhood in West Mosul. Men with missing limbs hovered near a truck carrying staffers from an NGO offering legal services, waiting to ask for help. One of them, Muhammad Mustafa, had come to the NGO to seek a birth certificate for his daughter, who was born while the city was under occupation by the Islamic State, which lasted from 2014 to 2017. A Sunni Arab living in a poor neighborhood, he’d supported his wife and two daughters by working with the Iraqi police—a risky proposition in post–U.S. invasion Iraq, as al-Qaeda’s influence spread across the region. When ISIS took Mosul in June 2014, Mustafa fled to his grandfather’s village in a southern suburb of Mosul. ..."
The Atlantic