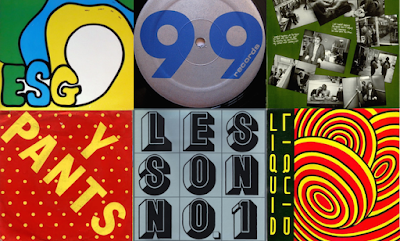 "The nondescript exterior doesn’t show it but musical history was made at 99 MacDougal Street in New York’s Greenwich Village. The address currently houses a couple Indian fast-food joints, one specializing in a sort of Punjabi burrito, but three decades ago a different kind of cultural fusion was being cooked up. Downstairs, in what is now another faceless Village comedy club, was the headquarters of 99 Records, a record-store-turned-record-label vital to the evolution of New York dance music, post-punk and hip hop. Despite only 15 releases in less than five years of existence, 99 was among the most influential independent labels of its era, and that influence still reverberates today. ... The label’s sound was both distinct and diverse, touching on post-punk, disco, dub reggae and even avant-classical, highlighted by the exhilarating experiments in dissonance, repetition and volume of guitarist/composer Glenn Branca; the mesmerizing minimalist art-funk of ESG; and the percolating, polyrhythmic grooves of Liquid Liquid. ..."
The 99 Records Story (Video)
W - 99 Records
Gallery: A visual history of 99 records
Something Like A Phenomenon: The complete 99 Records story (Video)
Discogs 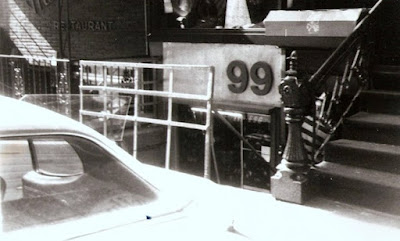