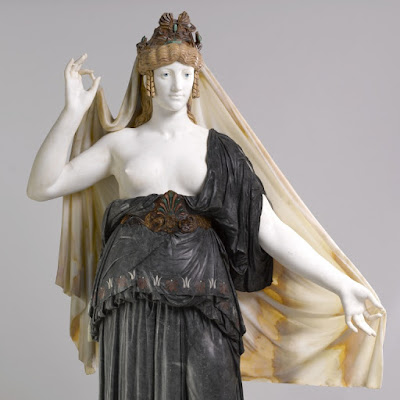 Henri Lombard, sculptor and Jules Cantini, marble worker. Helena
"Relatively unknown, 19th century polychrome sculpture is one of the key facets of the history of the discipline. Until the beginning of this century, the only colours permitted in statuary were the white of marble and the monochrome patina of bronzes. But the discovery of the use of polychromy in ancient architecture and sculpture changed people’s perspective, as well as generating heated debate. The question of applying colour to contemporary sculpture superseded archaeological debates, and pioneering sculptors like Charles Cordier began to specialise in this technique from the 1850s. Once the controversy had died down, colour began to establish its legitimacy of the Second Empire thanks to its decorative character, prevailing under the influence of Symbolism and Art Nouveau as of the 1880s. ..."
Musée d'Orsay 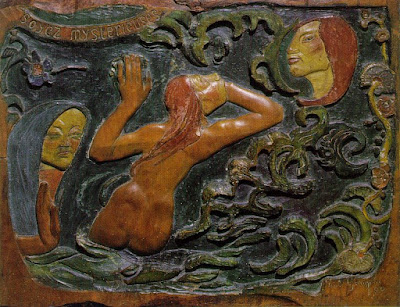 Paul Gauguin - Be mysterious
Posted by Bill at 2:10 PM