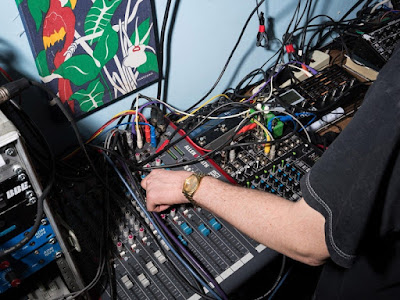 "Live in New York long enough and you’ll hear someone, somewhere bemoaning the lack of exciting music scenes like the ones they fondly remember. This sentiment is both completely misguided and weirdly sort of true, and it’s the beautiful thing about attempting to keep up with a city that often feels defined by the art it produces. Even as one scene balloons globally, another ferments locally, waiting in the wings for its moment to explode. It would be unfair to characterize all the artists playing the Technopolis party as part of a unified scene. ... To better understand how they work, photographer William Mebane visited the workspaces of Ital, Aurora Halal, Max McFerren and Umfang – just a few of the artists playing Saturday night’s party in an attempt to tap into their relentless musical spirits. ..."
Red Bull Music Academy Daily
Posted by Bill at 1:55 PM