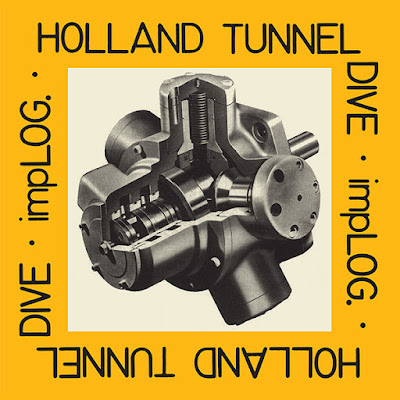 "impLOG was the solo project of Don Christensen after leaving New York No Wave group The Contortions in 1979. He began making music using found sounds, a Univox drum machine, guitar stomp boxes, Casio keyboards and percussion instruments. Eventually Don gave a demo tape to Charles Ball at Lust/Unlust Records, who loved it, and released the 'Holland Tunnel Dive' b/w 'On B’way' 12” in 1980. 'Holland Tunnel Dive' is a monotone lament, with a narrator reciting a list of all that is missing in his life along to a sparse, mechanical beat. A variable speed Milwaukee drill creeps its way into the song, eventually reaching cacophonous levels. After four minutes of industrial motorik, an upbeat saxophone riff breaks out unexpectedly, unsettling the listener even further. On the B-side is a deranged version of the Lieber and Stoller show tune 'On Broadway', featuring lead guitar by Jody Harris of the Contortions. The record perfectly captures the dark and seedy vibe of downtown New York in the early 80’s. All songs have been remastered from the original master tapes for vinyl by George Horn at Fantasy Studios in Berkeley. The jacket is an exact replica of the original. On the front cover is an illustration of a hydraulic pump against a taxi-cab yellow background. Each copy includes a double sided insert with lyrics, never before seen photos and liner notes by Don Christensen."
Dark Entries Records (Video)
Juno Download
YouTube: Holland Tunnel Dive, On B’Way 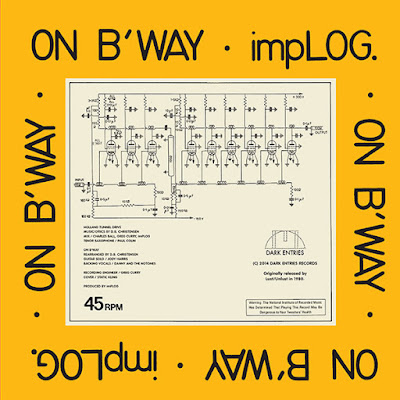