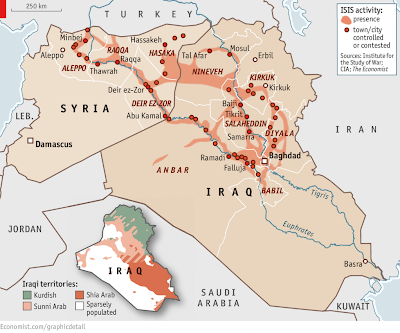 "The Islamic State in Iraq and Syria has a detailed structure that encompasses many functions and jurisdictions, according to ISIS documents seized by Iraqi forces and seen by American officials and Hashim Alhashimi, an Iraqi researcher. Many of its leaders are former officers from Saddam Hussein’s long-disbanded army who augmented their military training with terrorist techniques during years of fighting American troops."
NY Times