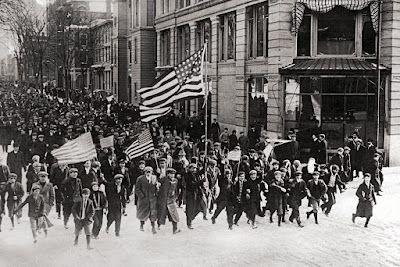 "What distinguishes a progressive from a liberal? This is one of the more pervasive ambiguities in contemporary American political discourse. In a recent issue of the journal Democracy, the historian Sean Wilentz addressed it head-on: Liberals, he argues, recognize the flaws of capitalism, are dedicated to remedying them, and have great achievements to their credit in that regard, notably those of the New Deal, the New Frontier, and the Great Society. Progressives are meanwhile 'emphatically anti-liberal'—because they are hostile to capitalism and, 'deep down, harbor the hope that one day, perhaps through some catastrophic event, American capitalism will indeed be replaced by socialism.' But here’s the problem: The progressives Wilentz describes aren’t really advocates for socialism in its authentic sense of total 'public ownership of finance, industry, and agriculture.' Rather, he writes, they claim for socialism ('democratic socialism,' of course) the social-welfare achievements of American liberalism and Scandinavian social democracy, while rejecting the full architecture of those ideologies. ..."
New Republic