The 10 Best Chess Records Albums To Own On Vinyl 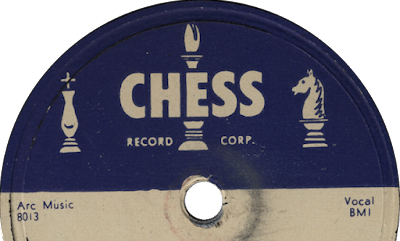 "Of course, the invention of rock ’n’ roll cannot be traced exclusively back to Waters and Chess. Fats Domino, Little Richard and Elvis Presley—artists associated with Imperial, Specialty and Sun Records, respectively—have all been credited as forefathers of the genre. But even though other artists and independent labels released similar sounds around the same time, Chess Records had a profound effect on the musical revolution of the mid-20th century. ... Although Berry left the label for much of the 1960s, he remained indebted to the Chess brothers for kick-starting his career. When he returned to Chess Records in 1970, he titled his next album Back Home. The Chess brothers’ timing happened to be perfect. Black Americans fleeing the Jim Crow-era South had been settling in Chicago, resulting in both an influx of talented musicians and an audience eager for blues music. ..." (Joe J.)
Vinyl Me, Please
Posted by Bill at 1:54 PM