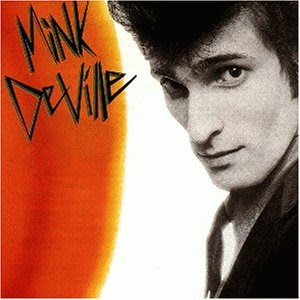 Wikipedia - "Mink DeVille (1974–86) was a rock band known for its association with early punk rock bands at New York’s CBGB nightclub and for being a showcase for the music of Willy DeVille. The band recorded six albums in the years 1977 to 1985. Except for frontman Willy DeVille, the original members of the band played only on the first two albums (Cabretta and Return to Magenta). For the remaining albums and for tours, Willy DeVille assembled musicians to play under the name Mink DeVille."
Wikipedia
W - Willy DeVille
allmusic
YouTube: Spanish Stroll, Love and Emotion, Hey! Joe, She's so tough, Demasiado Corazon, I Broke That Promise, Just To Walk That Little Girl Home
Posted by Bill at 2:07 PM