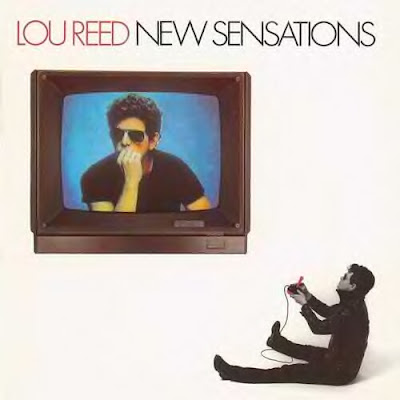 "Lou Reed never struck anyone as one of the happiest guys in rock & roll, so some fans were taken aback when his 1984 album New Sensations kicked off with 'I Love You, Suzanne,' a catchy up-tempo rocker that sounded a lot like a pop tune. After reaffirming his status as one of rock's greatest poets with The Blue Mask and Legendary Hearts, what was Reed doing here? Lou was having a great time, and his pleasure was infectious -- New Sensations is a set of straight-ahead rock & roll that ranks with the most purely enjoyable albums of Lou's career. Reed opted not to work with guitarist Robert Quine this time out, instead overdubbing rhythm lines over his own leads, and if the guitars don't cut quite as deep, they're still wiry and in the pocket throughout, and the rhythm section of Fernando Saunders and Fred Maher rocks hard with a tough, sinewy groove. ..."
allmusic
W - New Sensations
Spotify, iTunes
YouTube: New Sensation - 9/25/1984 (Live), Doing The Things We Want To, I Love You, Suzanne
YouTube: New Sensations Full album vinyl LP