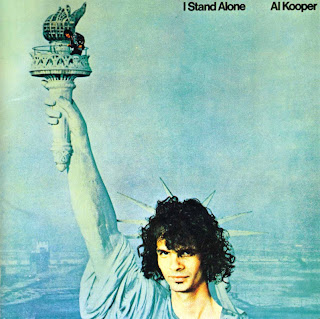 "Listening to I Stand Alone for the first time is a lot like first hearing the Sgt. Pepper album, except that this album challenges and rewards the listener in ways that the Beatles' psychedelic classic never tried to or could have. Al Kooper's first solo album is a dazzling, almost overpoweringly beautiful body of music, and nearly as sly at times in its humor as it is impressive in its musical sensibilities -- specifically, the overture serves its function, and also pokes knowing, savagely piercing fun at the then-current vogue for sound collage-type pieces (most especially the Beatles' 'Revolution #9')."
allmusic
rising storm (Video)
W - I Stand Alone
YouTube: I Stand Alone (Part 1), (Part 2), (Part 3), (Part 4), (Part 5)