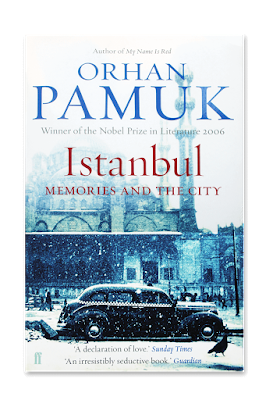 Wikipedia - "Istanbul: Memories and the City is a largely autobiographical memoir by Orhan Pamuk that is deeply melancholic. It talks about the vast cultural change that has rocked Turkey – the unending battle between the modern and the receding past. It is also a eulogy to the lost joint family tradition. Most of all, it is a book about Bosphorus and Istanbul's history with the strait. ... The personal memories of the author are intertwined with literary essays about writers and artists who were connected in some way to Istanbul. A whole chapter is dedicated to Antoine Ignace Melling, a 19th-century Western artist who made engravings about Constantinople. Pamuk's favourite Istanbuli writers, who meant inspiration for him and also became figures of his book, are Yahya Kemal Beyatlı, Reşat Ekrem Koçu, Abdülhak Şinasi Hisar, Ahmet Rasim and Ahmet Hamdi Tanpınar. His favourite Western travelogue writers play a similar role like Gérard de Nerval, Théophile Gautier and Gustave Flaubert. The book is illustrated by the photographs of Ara Güler, among other professional photographs, chosen by Pamuk because of the melancholic atmosphere of his pictures. ..."
Wikipedia
NY Times: Orhan Pamuk’s Istanbul
amazon
YouTube: Prose reading by Orhan Pamuk, Nobel Laureate in Literature 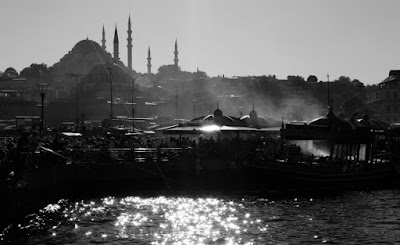