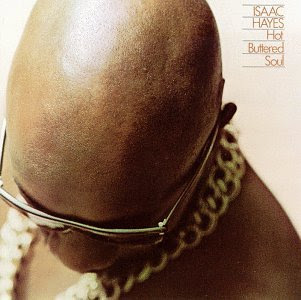 Wikipedia - "Isaac Lee Hayes, Jr. (August 20, 1942 – August 10, 2008) [1] was an American songwriter, musician, singer, and occasionally an actor. Hayes was one of the creative geniuses behind the southern soul music label Stax Records, where he served both as an in-house songwriter and as a record producer, teaming with his partner David Porter during the mid-1960s."
Wikipedia, last.fm, YouTube - Walk On By, Shaft, Don't Let Go, Soulville, Chocolate Salty Balls
Posted by Bill at 11:06 AM