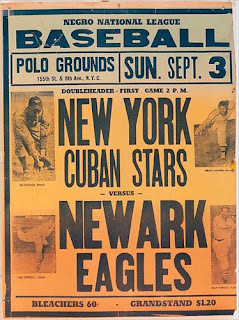 Wikipedia - "The New York Cubans were a Negro Leagues baseball team that played during the 1930s and from 1939 to 1950. Despite playing in the Negro Leagues, the team occasionally employed white-skinned Hispanic baseball players as well, because Hispanics in general were largely ignored by the major league baseball teams before Jackie Robinson played for the Brooklyn Dodgers for the first time."
Wikipedia, Negro League Baseball Players Association
Posted by Bill at 11:09 AM