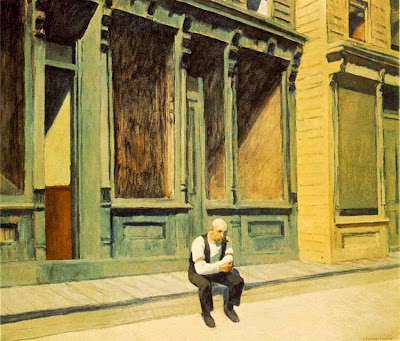 Sunday, 1926
"The following oral history transcript is the result of a tape-recorded interview with Edward Hopper on June 17, 1959. The interview was conducted by John Morse for the Archives of American Art, Smithsonian Institution."
ASX