The Gilded Palace of Sin - The Flying Burrito Brothers (1969) 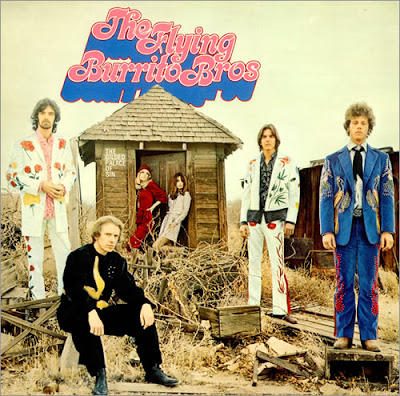 "By 1969, Gram Parsons had already built the foundation of the country-rock movement through his work with the International Submarine Band and the Byrds, but his first album with the Flying Burrito Brothers, The Gilded Palace of Sin, was where he revealed the full extent of his talents, and it ranks among the finest and most influential albums the genre would ever produce. As a songwriter, Parsons delivered some of his finest work on this set; 'Hot Burrito No. 1' and 'Hot Burrito No. 2' both blend the hurt of classic country weepers with a contemporary sense of anger, jealousy, and confusion, and 'Sin City' can either be seen as a parody or a sincere meditation on a city gone mad, and it hits home in both contexts. ..."
allmusic
Wikipedia
Time for a Repress: ‘The Gilded Palace of Sin’
YouTube: Christine's Tune, Sin City, Hot Burrito #1, Wheels, Dark End Of The Street, Do Right Woman, Hot Burrito #2